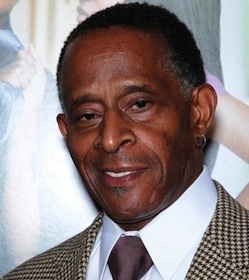 Antonio Fargas (August 14, 1946) is an American actor. Perhaps it is the glimmer of mystery and mischief in his eyes . . . or, it may be the colorful characters he portrays . . . or the legendary status of Antonio Fargas is best explainable by a combination of these and a number of other factors. Through the unique intersection of variables of his delightful versatility and extraordinary talents, Antonio Fargas has entered his image into national and international folklore. He achieved a worldwide audience through his role on Starsky and Hutch as the incorrigible and lovable “Huggy Bear” launching a path to credits far more extensive.

Since his initiation into the world of film at the age of 14 in Shirley Clark’s Coal World, he has been noted for the unforgettable characters he creates. Whether perfecting outrageously comedic characters in such films as Robert Downey Sr.’s Putney Swope and Keenan Ivory Wayan’s I’m Gonna Git You Sucka, or “chilling” the audience through a convincing rendition of a 90-year old witch doctor in the Broadway play, The Great White Hope, with James Earl Jones and Jane Alexander.

Antonio’s performances have generated a near-endless array of enthusiastic acclaim from some of the industry’s most respected critics of film, television and stage. His character range has won him acclaim for his sensitive character portrayals of the homosexual roles of Bernstein in Paul Mazursky’s Next Stop, Greenwich Village with Shelley Winters, Christopher Walken and Jeff Goldblum and for his role as Lindy in Carwash with Richard Pryor, George Carlin and The Pointer Sisters. These two roles also earned him mention in the film book “The Collective Closet.”